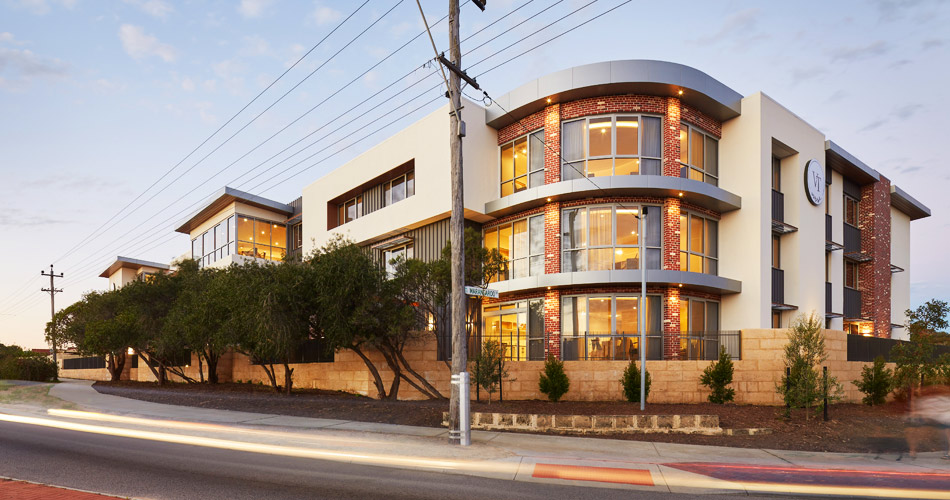 Paolo Silvestri was a Sicilian born migrant who came to Perth in the 1920s.
He worked as a shopkeeper and due to his acquired mastery of the English language, Paolo became an esteemed member of what was then, the small Italian community in Perth.
This was due to his voluntary service as an interpreter to his fellow countrymen in their interactions with officialdom. Paolo was also the founding President of the Saint Joseph Association whose Chapel has since been erected in the grounds of the Italian Aged Care facility.
Later, Paolo became the spokesperson and care giver to a group of aged Italian males. This group had come to this country as young men, but had missed their opportunity to get married as they could not go back to Italy to seek a wife due to the Depression and the subsequent World War II hostilities.
As a result they had become old men with no families to assist and support them. Paolo’s vision of building a care home for these disadvantaged men soon took root in the minds of the newly arrived Italian migrants. However, it was almost a quarter of a century before Paolo’s vision of building “un asilo dei pionieri emigrati” as he called it, became a reality.
The project was driven by a special subsidiary committee of the Italo Australian Welfare and Cultural Centre. This Committee in turn formed its own constitution and governance, and became autonomous of the parent voluntary association. Paolo’s vision materialised due to the determination and strong will of the hard working voluntary Committee. Both Federal and State governments provided financial assistance that supported the project, although the indefatigable leadership of the Committee and the will and generosity of the Italian community ensured its existence.
Honour boards mounted on the walls of Italian Aged Care, as the Association is now known, bear witness to the many individuals, firms and Italian voluntary associations that donated generously to the project. Notable contributions include the donation of a significant percentage of the proceeds raised from the then Miss Italy Quest in Western Australia, as well as the countless members of the community who supported the project in their own way by purchasing thousands of raffle tickets.
The official opening of Paolo’s vision occurred on 28 November 1982. This first “haven” was known as Italian Aged Care Home or Villa Terenzio after the name of the Italian Consul appointed to Western Australia at that time, Dr Salvatore Terenzio.
Villa Terenzio remains a charitable organisation and is a sanctuary for older people of Italian descent and all others who share and appreciate Mediterranean culture and its way of life.

In the 1990s the organisation developed Cabrini Retirement Village to allow for 11 Independent Living Units for people who wanted to be part of the Villa Terenzio community and have the reassurance of support close by.
In 2007, 2 new secure dementia specific areas were added to the complex to address the prevalence of dementia and the associated behaviours and psychological deficits associated with dementia. This development included the construction of a new administration area that included a large recreation room that is home to a day therapy centre 3 days a week.
In 2017, Villa Terenzio was able to expand its services to providing home care. This has proved to be an excellent service enabling older people to remain in their own homes for a longer period before moving into residential care.
Most recently, in 2019 a new building named Casa Cabrini was opened. This allowed for the provision of high level nursing care in a dementia friendly environment. The complex is located on extensive grounds in the suburb of Marangaroo, and also hosts a number of independent living units and St Joseph’s Chapel which hold daily services. It is home to the Order of The Sisters of the Lovers of the Holy Cross who provide support to the residents who wish to remain active in their catholic faith and those who seek spiritual counsel.